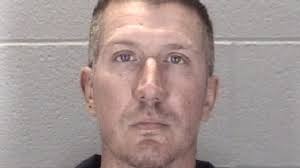 (LAFAYETTE) — An Illinois man who pleaded guilty in a string of Indiana bank robberies pulled off while he wore wigs and fake beards as disguises has been sentenced to 40 years in prison.

The Tippecanoe County judge who sentenced Joseph Kruger, 41, on Wednesday specified that the Tilton, Illinois, man must serve 30 years of his sentence before he’s eligible for release.

Kruger could face additional prison time because bank robbery charges are still pending against him in Illinois and southern Indiana’s Clark County. He also faces allegations of violating his federal parole.ADVERTISEMENT

Kruger pleaded guilty in February to three counts of robbery and one count of conspiracy to commit robbery, and also admitted being an habitual offender. He had robbed three banks in Lafayette and one in West Lafayette wearing kitschy disguises of fake beards and tacky wigs, the Journal and Courier reported.

Kruger told the court Wednesday that he robbed the banks to get money to support his gambling addition. He said he had twice called a toll-free help line for gambling addictions.

“They laughed at me when I told them about how bad my problem was,” Kruger told the court.

He said after being sentenced Wednesday that he wanted to appeal his sentence, and the judge appointed an attorney to assist him with his planned appeal.