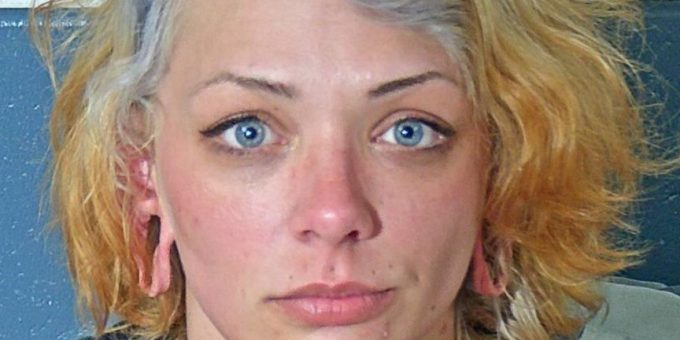 (BEDFORD) – A Bedford woman was arrested early this morning.

Bedford Police officers responded to the area of 3rd and M Street after a report of someone knocking on doors.

When officers arrived they located 39-year-old Mariah Flynn walking in the area.

“Flynn at first denied knocking on doors, then admitted she did,” said Chief Terry Moore. “While speaking with Flynn she displayed signs of methamphetamine use. When asked if she had anything in her pockets she handed officers three pouches – one of which had a crystal-like substance that tested positive for meth.”

Flynn was arrested on charges of possession of meth and public intoxication.