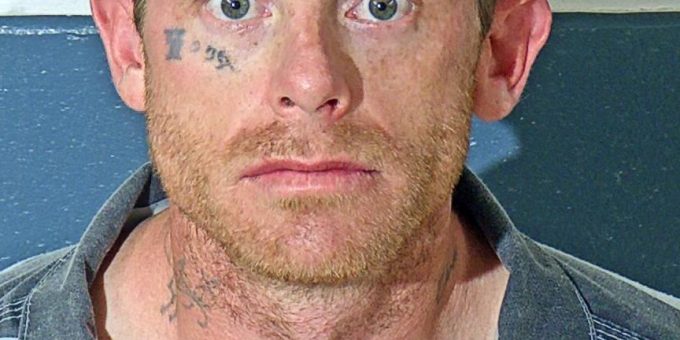 (BEDFORD) – A Bedford man was arrested after a domestic fight in the 20 block of Fleetwood Addition on Wednesday, April 1st.

“While investigating, the adult female victim informed officers that Carey became angry when she asked him to be quiet and not wake the sleeping children in the home,” said Chief Deputy Aaron Shoults. “Carey shoved the victim backward twice causing pain to her chest and back.”

When arresting Carey he became combative and resisted officers who were attempting to cuff him.

“After being cuffed he kicked the officers and attempted to head-butt them and refused to be placed into a patrol car for transport,” added Chief Deputy Shoults. “Once inside the patrol car, to be transported to jail, he continued to be loud and combative with the jail staff during the booking process.”