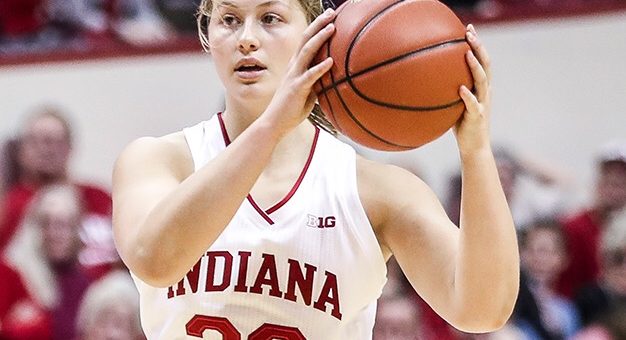 Her future, her happiness, her career goals were taking her in a different direction. Breaking up is indeed hard to do.

Allen, the 2019 Miss Basketball and one of the prize recruits for the Hoosiers, decided to transfer. The program announced the decision on Sunday. Allen will now have to sit for one year (unless the NCAA changes the rules because of the ongoing COVID-19 epidemic) before being eligible to compete with another program.

Allen played in all 32 games for the Hoosiers in the shortened 2019-20 season, averaging 1.9 points and 1.8 rebounds in only 11 minutes per game. She totaled season highs of 9 points and 23 minutes against Nicholls State.

“This was a very difficult decision,” Allen said. “There’s so many factors that go into something like this. It’s a big decision for me. I’m changing the course of my career, both athletically and academically.

“A lot of thought went into it. I weighed my options, spoke with the guidance staff, with my family, other people outside my inner circle to get other opinions. I really thought about myself. At the end of the day, I made the decision. I think this is what’s best for me, to pursue an opportunity.”

Allen was the fourth Miss Basketball to play for Indiana. She left BNL as the school’s career scoring leader (1,930 points) and powered the Stars to four straight sectional titles and a regional crown. She envisioned a bigger role with IU, which went 24-8.

“After talking with Coach Moren, after going through this whole year, I realized I didn’t think IU was the best place for me to reach the personal goals I set for myself,” she said. “It really saddened me to say that. I wouldn’t have known that if I had not gone through the first year.

“I don’t regret it. I enjoyed my time with my teammates. I’m thankful for the opportunity Coach Moren’s staff gave me. I think the best thing I can do for myself is transfer.”

“Jorie and I have spoken and we agree that it’s in her best interests to leave Indiana,” Moren said in a statement. “We wish her much success moving forward and thank her for her contributions to the program.”

Allen’s next home? She will take some time to decide that. The phone has already started ringing as she dives back into the recruiting process for a second time. She will limit her choices to a Power 5 conference (Big 10, Big 12, ACC, SEC, Pac-12).

“I’m taking a leap of faith. I already have options,” she said. “I want to stay at a Power 5 school, because I think I’m that caliber of player. I want the opportunity to play in the NCAA Tournament.

“I’m keeping all my options open right now. I don’t plan to dilly-dally with the decision, but I plan to take my time and look at all the options. I want to find something I like and think I can be happy. I’m taking it day by day and going with my gut.”

During her down time, Allen will work out at home (which means a lot of one-on-one wars with older sister Jenna, the former Michigan State star who is currently home after her first professional season in Spain).

“I’m going to continue to work on myself, better myself in every way possible,” said Allen, who was majoring in exercise science. “The next time I step on the court in a uniform, I’m going to be the best version of myself.

“It’s unfortunate because I didn’t think I would be in this position. I don’t have anything against Coach Moren and IU, I wish them all the best. I just think I’m doing the best thing I can do for myself.

“There’s pros and cons to the recruiting process, but I believe I will find a spot that I really fit. I just want to play and be happy. I’m looking for my next home.”