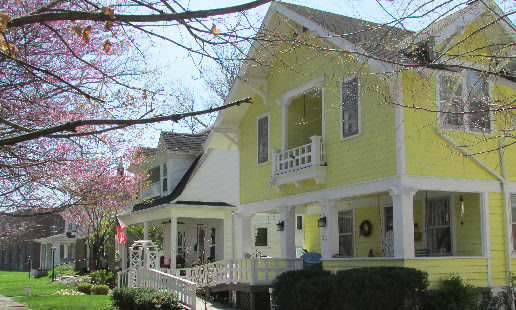 (UNDATED) – Residential neighborhoods in two southern Indiana communities earned a listing in the National Register of Historic Places this month.

It is the first residential historic district in the city to qualify, although a second is in the process of also being placed on the list.

The Indiana Department of Natural Resources Division of Historic Preservation and Archaeology is expected to review the application in April, and if approved, it will be sent to the National Park Service’s National Register of Historic Places for review and potential approval.

Greg Sekula director of the Southern Regional Office of Indiana Landmarks said this will open the doors for tax incentives.

Tax credits of 20% are available to homeowners of older historic properties in the district who spend at least $10,000 in improvements, he added. The hope is the tax credits will provide incentives for property owners to invest in their properties.

Clarksville’s Lincoln Heights neighborhood originated in the 1930s as a streetcar suburb.

The location of the three-block neighborhood isn’t obvious from major corridors in town. Thru traffic is nearly nonexistent, as streets dead-end at all would-be access points.

Those streets are also particularly narrow, composed of the same pebble concrete that has remained intact since their inception. The homes along with them first started appearing in the late 1920s, with most of the construction lasting through 1960.