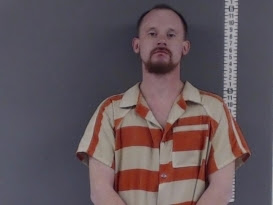 (WASHINGTON CO.) – A Lanesville man has been charged in Washington County on multiple felony charges resulting from a domestic dispute and confinement incident that allegedly lasted several days.

The investigation began on March 26th when the Indiana State Police in Sellersburg was contacted and made aware of the allegations.

Trooper Michael McCutcheon was assigned to investigate. During his investigation, Trooper McCutcheon and ISP Sellersburg detectives learned that the incident began on March 21th, when the victim, along with her children, accompanied 33-year-old Joshua D. Hill, of Lanesville, on a campout trip to an isolated and private campsite in rural Washington County.

During the investigation, officers interviewed both Hill and the victim and obtained separate search warrants on Hills’ vehicle and private campsite. Caseworkers with Indiana Child Protective Services also assisted investigators since much of the alleged incident occurred in the children’s presence.

On Monday, March 30, 2020, as a result of the investigation, Joshua D. Hill was arrested on Level 5 felony charges of criminal confinement, strangulation, domestic battery and Level 6 felony charges of neglect of a dependent and intimidation.

Hill is incarcerated at the Washington County Jail and being held on a $28,000 full cash bond.