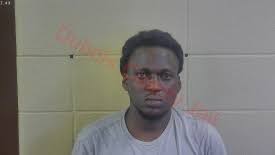 Police pulled over 37-year-old Jacques Jinius in the area of Third and Mill Streets after police received a report of an erratic driver.

Police say Jinius had a blood alcohol level of 0.20 percent, over three times the legal limit.

He was also arrested on an outstanding federal warrant.