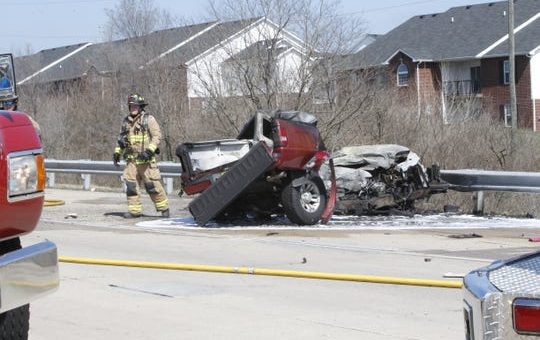 (LAFAYETTE) — A motorist who was killed in a fiery highway collision with a truck hauling a load of grain will have to be identified through a DNA test, an Indiana coroner said.

Investigators believe they know the identity of the pickup truck driver who died in Wednesday’s crash on U.S. 231 near Lafayette, but they must be positive before releasing the victim’s name, Tippecanoe County Coroner Donna Avolt said.

Relatives of the suspected crash victim, who was traveling in a pickup with an out-of-state license plate, are aware of the likely outcome of the DNA test, Avolt told the Journal & Courier. She said Thursday that the DNA test results will take a few days to complete.ADVERTISEMENT

The semi’s 75-year-old driver wasn’t injured in the crash, but the pickup burst into flames after being dragged about 100 yards (about 90 meters) at the crash scene, located some 60 miles (96 kilometers) northwest of Indianapolis.