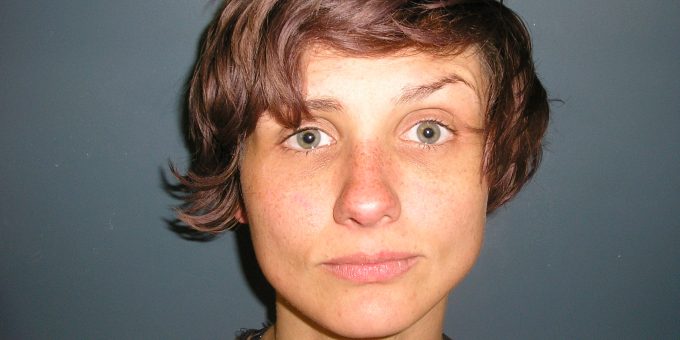 (BEDFORD) – A Bedford woman was arrested after a Bedford Police officer stopped her vehicle for several equipment violations Tuesday morning at State Road 37 and 35th Street.

“After stopping the vehicle and identifying the driver and passenger the officer asked for consent to search the vehicle,” said Chief Terry Moore.

The driver denied the consent.

“While writing the driver a warning for the equipment violations a K-9 was called to the scene.  The K-9 gave a positive alert on the passenger side of the vehicle.”

While searching the vehicle officers located a backpack with a substance that tested positive for meth and several syringes.

The passenger was identified as 27-year-old Shandan Woods and told officers the backpack belonged to her.