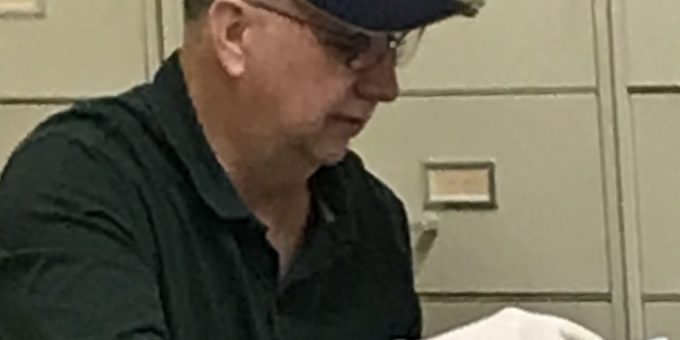 (LAWRENCE COUNTY) – The voting machines for the upcoming primary election to be held on Tuesday, June 2 are ready.

Members of the Lawrence County Election Board and Mike Yaggi of MicroVote, who joined the group via teleconference, took part in this morning’s testing.

No one from the public attended today’s test. Precautions were taken during the testing with everyone in attendance wearing gloves to prevent contamination to the machines.

The public test is a test of the entire election process with the county’s election equipment.  The election board and a representative from Lawrence County’s election vendor (Microvote), conduct a test election.  Each county is given a list of voting machines to test for the upcoming election from the state, which is selected by a third party – VSTOP.

“The first thing tested is the mail-in paper ballot process on our equipment.  Then each election board member votes on the machines selected in a verify mode. We test different ballot types; each precinct has a ballot type that has the available offices in that Precincts district,” Tumey said.

“Also tested is the number of votes capability. For example, the Republican county council at-large race has 9 candidates with 3 positions available.  We test that a machine will allow voters to vote for no more than the 3 positions and all of the candidates are listed,” she added.

“The next step is to tally the test election to ensure the equipment is functioning properly.  After everything passes the test, the test machines are then taken out of the verify mode and a zero vote tape report is printed for each tested machine.  Each is sealed and secured in the election equipment storage room,” Tumey noted.

“The public test took a little longer than normal this year because the Microvote representative called in remotely and the election board members and voter registration election deputy were keeping a safe distance from one another,” added Tumey.