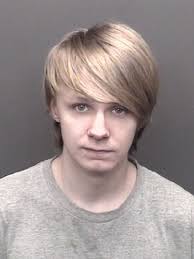 (EVANSVILLE) – An Evansville man was arrested after police say he had sex with a 12-year-old girl.

Investigators say 20-year-old Samuel Stark met the girl online, then brought her to his apartment.

Stark told police he knew how old the girl.

Stark was arrested on a charge of child molestation and is being held in the Evansville Jail.