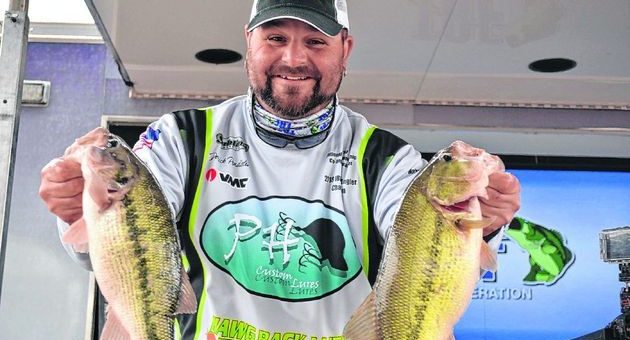 During the two days of competition, Pendleton caught seven fish weighing a total of 24 pounds, 7 ounces. He beat out more than 40 other fishermen.

Pendleton is a member of Hoosier Hawg Hunters based in Seymour. The group allows members to compete in tournaments at the state and the national level. He then began competing in tournaments conducted by the Indiana Bass Federation.

During the first day, which was also Pendleton’s birthday he landed the biggest catch of the day weighing in 20 pounds.