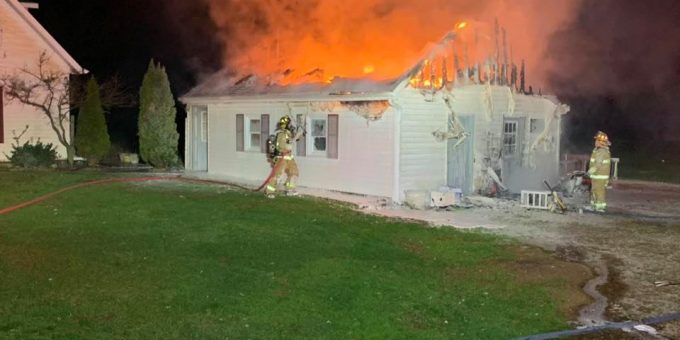 The homeowner said he heard something that sounded odd and then noticed an orange glow outside and knew there was a fire somewhere. He then saw that his garage was on fire and called for help.

Firefighters arrived to find a detached garage engulfed in flames. The garage was just a few feet from a house.

A hose line was quickly deployed between the two buildings to keep the fire from spreading to the house. The siding on the house was damaged during the incident.

Firefighters were able to get the bulk of the fire knocked down in under 30 minutes.

Due to the collapsed roof, firefighters had to remove some debris to get to the fire hidden underneath.