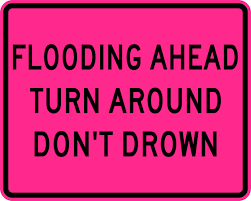 (BLOOMINGTON) – Bloomington Police officers and Bloomington firefighters were dispatched to the 2100 block of South Walnut Street Friday morning for a water rescue.

The call came in around 2:30 a.m. when the police department received a 911 call reporting that water was rising and two people could not get out of the area.

Bloomington police officers and firefighters responded along with an IU Health ambulance crew. When they arrived they found a woman in about 200 feet of water flicking a lighter. She was rescued 30 minutes later.

In order to complete the rescue, firefighters and members of the Monroe County Dive Team used a boat and rescued two people using a rope system to get the boat across the flooded area.

Rescuers placed the two in personal flotation devices and rescue helmets and brought them across the flooded waters in the boat. The victims refused to be transported to the hospital.

According to police, the two were homeless and were staying in a tent.

This incident was the first of two water rescues Friday morning.

The second incident occurred on West Dillman Road at 3:30 a.m. when a vehicle drove into flooded waters. A man and his dog were rescued during that incident.