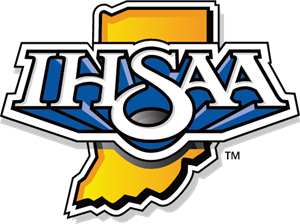 BEDFORD – While the Indiana High School Athletic Association pulled the plug on the 2020 boys basketball state tournament and cancelled the final three stages because of the ongoing coronavirus epidemic, the governing body still plans to conduct spring sports.

The IHSAA, according to an email sent to member schools, is now adjusting its policy to allow springs sports athletes to practice with non-school teams and not compromise their eligibility.

If state schools return to sessions after the May 1 mandate from Indiana governor Eric Holcomb, the IHSAA will cut the required number of practices before competition from 10 to 5.

Since softball already had three practices complete before the shutdown, that means the season could begin as early as May 6. Track teams could begin hosting meets immediately, while baseball, boys golf and girls tennis could start as early as May 9.

That would mean a shortened regular season before state tournaments would begin the end of May or in early June.

Of course, this is an extremely fluid schedule. If the governor and health officials push back the start of school beyond the first week of May, the likelihood of conducting any spring sports would greatly diminish.