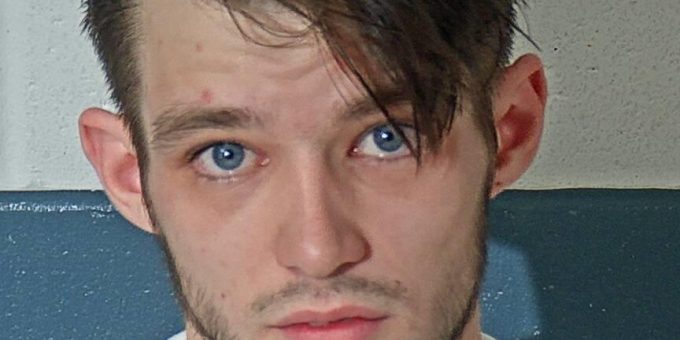 (BEDFORD) – A Bedford man was arrested on Wednesday after Bedford Police Officers were called to IU Health Hospital about an intoxicated male sitting in the back parking lot in a blue Ford Edge.

“Our responding officer passed the described vehicle at 4:17 p.m. leaving the parking lot as he approached the hospital,” said Chief Terry Moore. “The officer stopped the vehicle and identified the driver as 23-year-old Taylor Gerkin, who showed signs of intoxication.”

While speaking with Gerkin officers became concerned for his health and while performing a pat-down they located a syringe and two substances that tested positive for meth and heroin.

“Officers transported Gerkin to the hospital for treatment and requested a blood draw search warrant from the on-call Judge,” added Chief Moore.