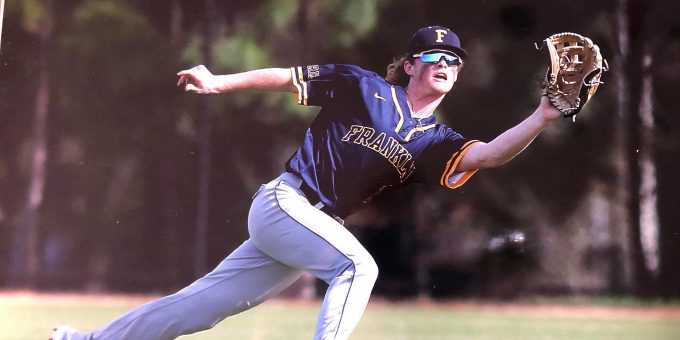 BEDFORD – Before the sports world came to a screeching halt, before everyone’s life tilted on its axis, Garrett Ramsey was a happy guy. Give him green grass, a sunny day, and a glove. The only thing he worried about catching was a fly ball.

Those were the days. Just a couple of weeks ago, which now seems an eternity. Now he’s sitting, wrestling with online classes and a restlessness to compete, to return to normal. But like the hundreds of thousands of college and high school athletes across the nation, he waits. Limbo, the theological definition of the realm between heaven and hell, perfectly describes the current status of so many.

Ramsey, a former Bedford North Lawrence baseball standout now playing for Franklin College, is frustrated by events and decisions out of his control. His season was stopped on March 11, with only 8 games done and a lifetime of memories yet to go. Perhaps it’s appropriate Franklin’s last game of 2020 was against Hope. Now that’s all that remains on the schedule.

Ramsey and the Grizzlies could sense the inevitable. As the NCAA pulled the plug on March Madness and the entire spring sports calendar, they knew the NAIA would likely follow. They played on, going 5-3, before coach Lance Marshall sat his team down to relay the news.

”We knew, with everything else happening, we assumed we were next,” said Ramsey, who appeared in six games and got two official at-bats before the end came. “We’re trying to get our minds wrapped around it. It’s very frustrating.”

Baseball does not take precedence over life-and-death matters. The national response to the current pandemic was sweeping and understood, even by the young men and women caught in the unintended circumstances. Their lives were disrupted, and that’s a lesson everyone ultimately learns at some point. Not everything is fair or goes as planned.

No more swings in the batting cage, or tracking down balls in the outfield. Ramsey, like so many students across the country, sits and hopes, prays, wonders. Franklin wants to finish some sort of season, when normalcy returns, even if it’s truncated and capped with a mini-conference tournament between the Heartland Collegiate Athletic Conference teams that haven’t yet shut down.

“Everybody is on the same page,” he said. “Everyone is real bored. We’re just going back to work, if we can find a place to get in a batting cage. Right now, the options are limited.”

Ramsey is majoring in public relations, and he’s taking a lot of notes as our public figures answer tough questions and give updates on the daily battle with the virus. He’s taking four classes online, probably for the rest of the semester. That hasn’t been decided yet, but it’s hard to find any rays of sunshine amidst the gray days right now.

Obviously the main concern for all the athletes is the health and safety of loved ones. It’s difficult to maintain a smile in the constant swirl of unsettling news and worry. Even the escape to the sanctuary of baseball is out of reach. Social distancing is hard for the social-driven college kids.

“It would still be nice to get on the field when we can,” Ramsey said, speaking for an entire generation, even if he was unaware of that designation. “Especially in times like this.”