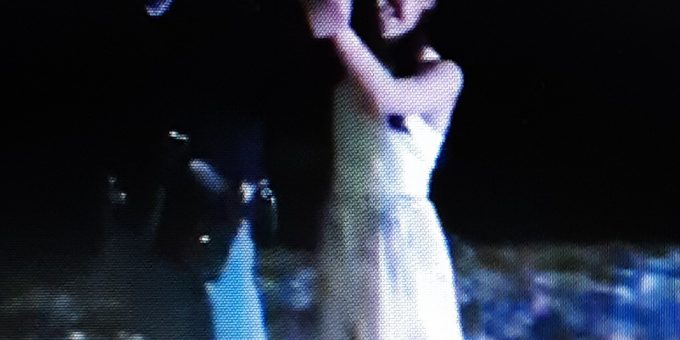 Soon after, West Baden Officer Gideon Ewing arrived on the scene to provide backup on the traffic stop.

The trooper had stopped a mother and daughter headed home from a dance.

Sgt. Allen asked what the girl’s favorite song was and asked if she had a few minutes to step out of the car.

As the mother played the song on her phone, both Sgt. Allen and Officer Ewing took the time to dance with the girl on the sidewalk to help make her night better.

While a sidewalk on a chilly night with music playing over a phone with flasing red and blues lighting in the background is hardly fancy, it brought a big smile to the girls face.

“We don’t just arrest people and write tickets, we just generally deal with people at their worst and that tends to make people think we’re out for them,” said ISP Trooper Sgt. David Henderson, “We’re all people and the majority of us want to better and help the communities we live and work in. In a time when there seems to be mass panic and worry it was nice to make someone’s night. Just a simple good deed can take our minds off all the bad things going on around us and make us realize, we can get through this together. Please do something good not because you have to, but because its the right thing to do.”