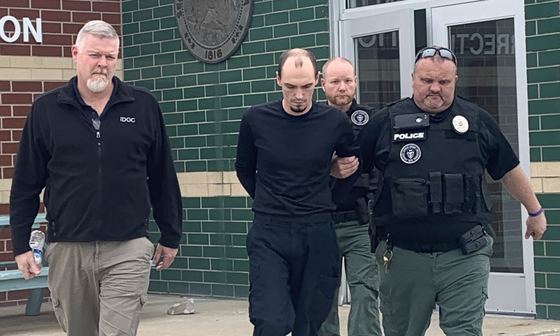 (CARLISLE) – On Thursday, an allegation was made that Correctional Officer Jaymison Bennett, 26, of Sullivan County, had battered an offender at the Wabash Valley Correctional Facility (WVCF) on February 27, 2020.

Correctional Police Officers and staff with the Office of Investigations and Intelligence immediately initiated an investigation and Bennett was placed on suspension.

The investigation developed information alleging an offender at the WVCF was the victim of a battery that did not require hospitalization. The investigation was presented to the Sullivan County Prosecutor’s Office on Thursday afternoon.  This resulted in an arrest warrant being issued for Bennett who was later arrested for allegedly engaging in official misconduct, a Level 6 Felony, and battery, a Class A Misdemeanor.  Bennett was later arrested without incident and was transported to the Sullivan County Jail.

While Thursday’s investigation has resulted in one arrest, there is an additional ongoing investigation.  If other arrests occur there will be an update to this news release.

Jaymison Bennett began employment with the IDOC in October of 2018.  He is presently suspended from work pending termination of employment.