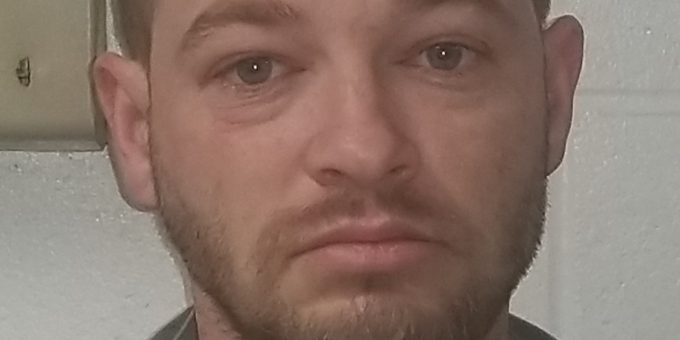 Police arrested 33-year-old Justin Phillips, of 3981 Popcorn Church Rd., on a warrant of charging him with child molesting, child solicitation, and sexual misconduct with a minor.

According to a probable cause affidavit, provided by the Lawrence County Prosecutor’s Department at 8 a.m. on Feb. 15th, Bedford Police detectives were alerted to a possible sexual offense involving a minor.

A woman told police Phillips had threatened to beat her now 8-year-old daughter with a wooden spoon if she did not touch him in a sexual manner and would beat her if she told anyone. The girl never told anyone because she was afraid.

On Feb. 19th the child was interviewed by a child advocate at Susie’s Place in Bloomington. During the interview, the child told police she was forced to touch Phillips or he would threaten to whip her and if she told she would be whipped. The child said when it started she thought it might have been normal but it still scared her.

The child told police the incidents went on as long as she could remember. The abuse then advanced to Phillips touching to her sexually, but he never had sex with her.

The girl told investigators that said she felt “manipulated and traumatized.” Each time the incidents happened Phillips allegedly threatened to harm the girl.

Detectives attempted numerous times to speak to Phillips but he always had an excuse on why he couldn’t come to the department. Detectives called to attempted to interview Phillips at his home but Phillips ended the phone conversation and Phillips refused to answer any other phone calls from detectives.

Police forwarded their information to the Lawrence County Prosecutor’s Office and a warrant was issued for Phillips’ arrest.