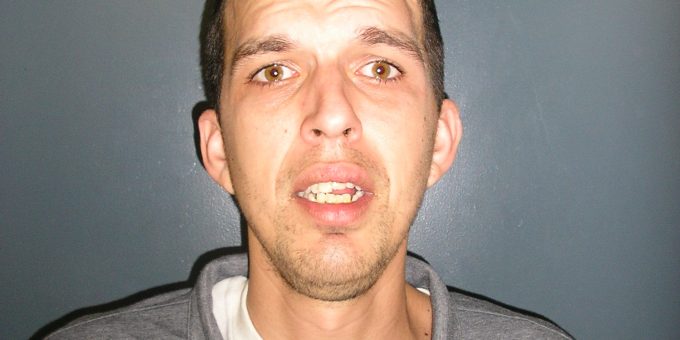 (BEDFORD) – Bedford Police officers arrested a Bedford man who was wanted on a warrant for burglary early this morning.

According to a probable cause affidavit provided by Chief Deputy Bob Cline, on March 6th at 1:22 p.m., Bedford Police officers were called to Dutchtown Laundromat on H Street after the owner reported a male used a pry bar to enter the office area and then broke into the soda machine.

The crime was captured on security footage.

Officers knew the man in the video footage was John Manning who lived in an apartment nearby.

Police spoke to Manning later that afternoon. Manning told police he needed money for soda and gas for his scooter so he ‘popped the pin’ on the office door and found the key to the soda machine and opened it. Manning admitted to taking around $5 from the machine.

Manning was issued a no-trespass order at the owner’s request and the information was sent to the Lawrence County Prosecutor’s Office for a warrant for Manning’s arrest.