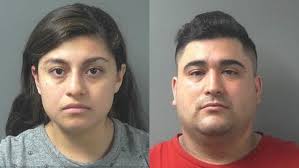 (BLOOMINGTON) – The trial of a man accused of torturing and confining his son in a Bloomington hotel room before the boy died has been rescheduled.

12-year-old Eduardo Posso was chained, beaten, and shocked with an electric dog collar, then left alone in the bathroom of the Economy Inn in Bloomington for weeks.

Both are being held without bond in the Monroe County Correctional Center. The Monroe County Prosecutor Office filed a Notice of Intent to seek life imprisonment without parole.

Posso’s trial was set to begin on April 9. It has been rescheduled for May 12th at 8:30 a.m. in Monroe Circuit Court 3 with Judge Marc Kellams presiding.

Flores and Posso worked as independent contractors for a circus and passed out event flyers for a living. They traveled to different cities and states for work.