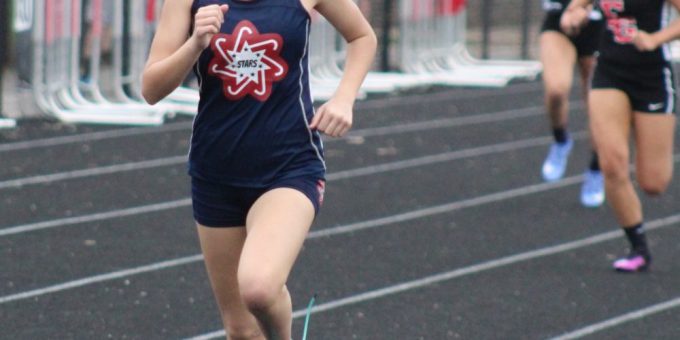 BEDFORD – The race is not always to the swift. But it helps. And Bedford North Lawrence will be blessed with plenty of speed as the Stars prepare to chase postseason success with a young girls squad.

With defending sectional champion Jillian Webb setting the pace, with four other regional qualifiers returning, BNL is set up for a good run.

BNL coach Jim Lewis, entering his fourth season, will have 35 athletes on the roster, over half of those sophomores and freshmen. They will provide depth and a newcomer’s excitement level.

Webb, a talented sophomore, won the sectional title in the 400-meter dash, one of the more demanding events. She will be relied on for points and ribbons in multiple events.

“She can break any school record she wants to, if she wants to,” Lewis said. “She’s probably the best athlete out here.”

“Makena is looking to break 800 record this year,” Lewis said. “She’s been real close, and she wants to build on that. You never have to worry about her working hard. Molly doubles in softball, but she has a lot of ability.”

BNL will have scoring capability in other key events with Lindsey Steel (200) and Grace Tanksley (3200 relay) coming back from regional appearances. Tanksley will be a distance anchor in the 1600 and 3200 after her successful cross country campaign. “She’s a rare talent,” Lewis said.

The Stars will also count on leadership with seniors Macie Cook and Gracie Crulo-Rood, on sheer athleticism from sprinters Jenna Louden, Irye Gomez and jumper Chelsea Scott, on power from thrower Autumn Hall (back after missing most of last year with an injury).

“Cook is all-purpose,” Lewis said. “She does about anything I ask her to do, and she’s good at all things. Chelsea has all the ability in the world. If she applies herself, she can do big things.

“My goal for any team is wanting them to improve throughout the season. I’m not necessarily looking to set the world on fire in every meet. I’m looking for solid improvement as we go. Hopefully we’ll peak at conference and be right up there.”

BNL will open the season at home with Mitchell on April 2.