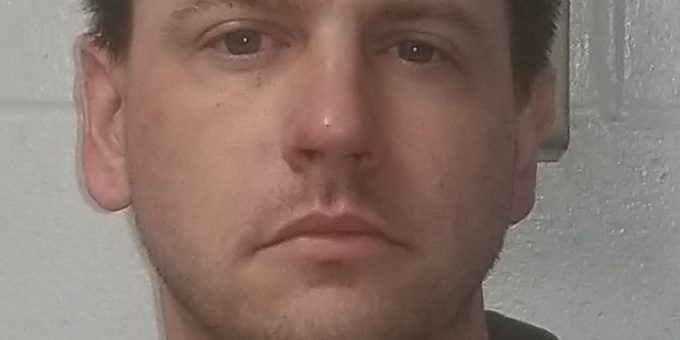 (BEDFORD) – A Bedford man was arrested early this morning after Bedford Police officers were called to Reveres Food & Fuel at 1:40 a.m.

According to Police Chief Terry Moore, when officers arrived they found a male passed out in a vehicle at the gas pumps.

“Officers spoke with two witnesses and spoke with the male identified as 33-year-old Jordan Cobb,” said Chief Moore. “The officers noticed the odor of alcohol and also observed that Cobb had constricted pupils.”

“Officers located a white powder inside a cigarette pack,” Chief Moore added. “Cobb was read his Miranda Rights and told officers the powder was cocaine. Officers field tested the substance with a positive result of cocaine.”

Cobb, of 6160 of State Road 54, was arrested on charges of possession of cocaine, possession of drug paraphernalia and public intoxication.