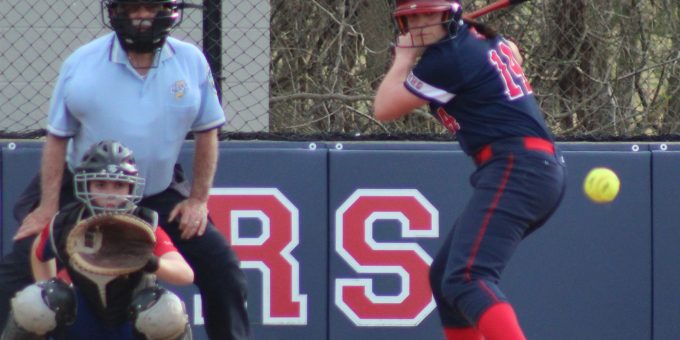 BEDFORD – Most programs, having lost seven seniors from 2019, having bid farewell to 13 players over the last two years, with only two seniors on the current roster, with an entirely new pitching staff, would confront slippage at some point. Bedford North Lawrence is not like most programs.

The Stars expect, like their motto, to shine on in 2020. Perhaps more brilliantly than ever before.

Restocked by a talented freshman class, ready to showcase its veteran experience and enthusiasm, BNL is not rebuilding. It is reloading for another shot at titles and postseason success. The goals are as lofty as mountain grandeur, how great they are.

“I think those are all lofty goals, but they’re attainable,” BNL coach Brad Gilbert said. “If the kids keep working hard, there’s no reason we can’t be in the mix. We’ve got a lot of work to do.”

There are multiple reasons for the zealous expectations. First, BNL’s foundation is solid with veterans Sarah Stone (.456 with 7 HRs and 36 RBIs last season as a University of Kentucky recruit), Carlee Kern (.361 with 25 RBIs), Brynlea Bennett (.349 with 21 RBIs), Brylee Blackwell (.333) and Haley Deckard (.256) forming the nucleus, with seniors Macy Horton and Molly Lambrecht providing leadership.

“Those are the kids with a lot of innings, a lot of experience,” Gilbert said. “We’ll try to rely on them a lot, because they’ve been in the tough situations. I think they’ve all improved their game, gotten a little stronger. We expect big things.”

Second, the rookies are ready to make an immediate impact, with hard-throwing pitcher Annie Waggoner, left-handed speedster Braxton McCauley, versatile Lauryn Anderson and hurler Haley Davis among those whose reputations precede them to the diamond, whose summer travel journeys have prepared them for their first varsity campaign.

“There’s more competition for spots than ever,” Gilbert said. “We’re going to be deep, we’re going to move kids around. We have several coming in our program that play a high-level travel ball, and that will be to our advantage. They’ve played a lot of softball.

“I think our lineup will be fluid at times. We might try some different things, to see what works, especially early in the year. I think we’ll be able to run more. We have kids that are fast, or softball smart, so we can take a lot of extra bases. That’s always exciting. We’re going to have more kids who can run the bases hard, and we should be fun to watch.”

The question mark? Pitching. The importance of the circle cannot be overstated in this game, and BNL has to prove itself there, first and foremost. The Stars lost two veterans in Zoe Adams (10-3, 2.26 ERA) and Leona Morron (10-4, 2.93). They commanded almost all the work.

In their place, Gilbert plans to use multiple arms, including Horton, Bennett, Waggoner, Davis and more. Sounds like he’ll be making as many trips to the circle as roundabout drivers.

“We’ll have several different girls pitch,” he said. “There will be a committee to get innings, depending on the situations.”

BNL is looking to improve on last year’s 20-7 season, which ended with a disappointing 10-2 loss to eventual champion Jennings County in the sectional semifinal. The locker room will feature a message board with the next game, the next conference game, and the conference standings as constant reminders of the aspirations.

“It’s definitely not a rebuild, it’s more of a reload, maybe retool a little bit,” Gilbert said. “We’ll have a whole different feel, a different look, but that’s not always a bad thing.

“I want the seed to be planted. We have to go out and play our game, do the right things, let winning and losing take care of itself.”

The Stars will open the campaign in the Creek Spring Fling in Kentucky, facing Madison Southern in Berea on March 27 before meeting Tates Creek and Cooper in Lexington on March 28.