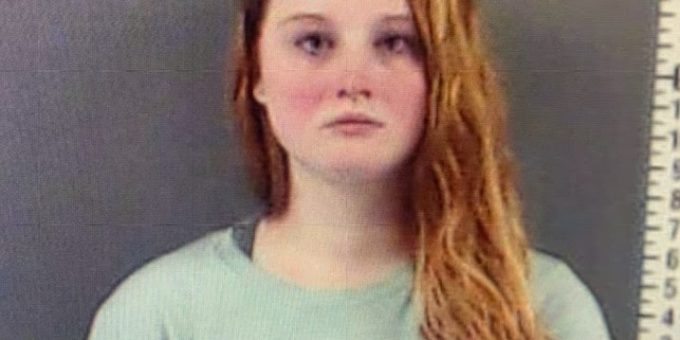 (WASHINGTON CO.) – Indiana State Police charged a 20-year-old woman on felony charges of battery and neglect of a dependent following a six-month investigation.

In August of 2019, Indiana State Trooper Tyler Matthew was dispatched to Norton (Kosair’s) Children’s Hospital in Louisville, KY, at the request of The Washington County Indiana Department of Child Services (DCS).

The investigation revealed that the child’s father first took the boy to the Scott County Hospital after he was informed the child had caught his leg in a crib at his residence. He was then transported to Kosair’s Children’s Hospital.

The investigation also revealed the child’s primary caregiver during that time was the father’s fiancée, Kaitlyn Hopkins, of Little York.

Medical professionals from Kosair’s also contacted the University of Louisville Pediatric Forensic Medicine Unit (PFM) for assistance.   PFM issued a report on their findings to Trooper Matthew and DCS in October of 2019.

Trooper Matthew continued the investigation by conducting interviews and gathering further evidence. Matthew then turned his finding over to the Washington County Prosecutor’s Office.

As a result of the investigation, Trooper Matthew arrested Kaitlyn Hopkins on Tuesday, March 3.  Hopkins was taken to the Washington County Jail without incident.

The child in this investigation was placed with paternal relatives after being released from Norton (Kosair’s) Children’s Hospital.