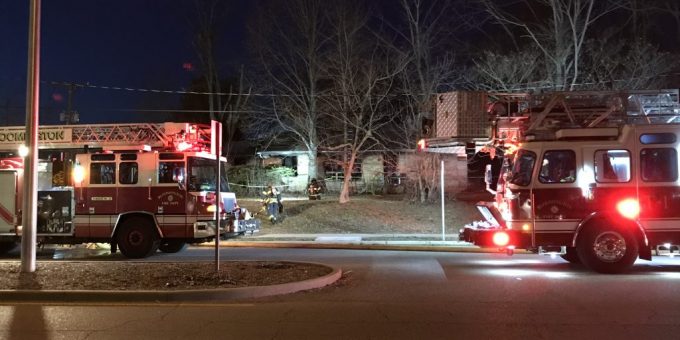 (BLOOMINGTON) – Bloomington Police arrested 30-year-old Adam Tibbet on Friday after police say he set a fire in a vacant house on March 3rd in the 2400 Block of West Third Street.

The vacant home was boarded up from a previous fire in November 2019.

The Bloomington Fire Department responded to the fire and was able to quickly bring the fire under control.

Police recognized Tibbett through security camera footage from businesses across the street. The videos showed Tibbett walking around the area and then entering the house through the front door around 6 p.m.

Police say about 10-15 minutes after entering the home, the video shows smoke appearing from the roof, followed by visible flames.

Tibbett refused to talk with police. He was arrested on two felony counts of arson and burglary for breaking into the house.