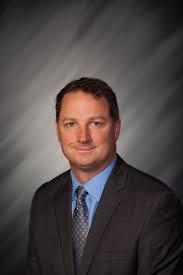 (INDIANAPOLIS) – An unusual leadership change is set to happen in the Indiana House just as this year’s legislative session is about to wrap up.

Republican House Speaker Brian Bosma plans to step down today from the position he’s held for the past 10 years after announcing in November that he wouldn’t seek reelection this year.

Republican House members are then expected to ratify their pick of Rep. Todd Huston so that he can be sworn in this afternoon to the position that largely controls which proposals are considered.

Bosma and Huston have been close allies, with Huston serving last year as the top House budget negotiator. Bosma says the transition just before the legislative session adjourns this week avoids confusion over House leadership and gives Huston a few days “to get his feet wet.”

Huston is from the Indianapolis suburb of Fishers and was first elected to the House in 2012. He was the state Republican Party treasurer and was chief of staff for GOP former state schools superintendent Tony Bennett before joining the Legislature.

Bosma is the longest-serving House speaker in state history. He’s been the top House Republican as either speaker or minority leader since 2001. He was the first speaker in 2005-2006, after which Democrats regained House control for four years, but Bosma returned to the top position he’s held since 2011.