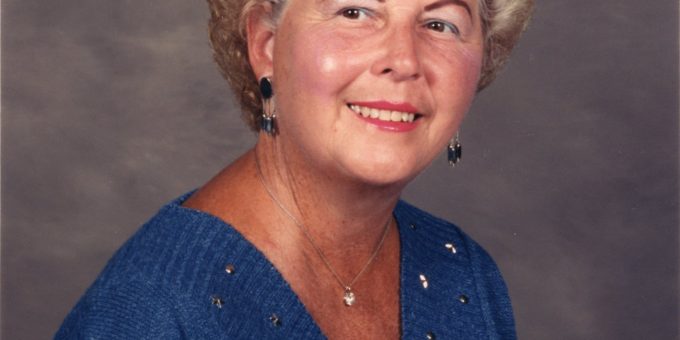 She was born on November 14, 1932, in Bedford to Joseph T. and Hanna Lucyle Stephens Sohn. She married Joseph W. Elliott on June 5, 1955, at the First Presbyterian Church of Bedford.

Johanna was a 1951 graduate of Bedford High School and attended Indiana University. She was a founding officer of Indiana Steel and Engineering Corporation and worked at the company during its early years.

Johanna was preceded in death by her parents.

Johanna was past president and a 50-year member of the Ladies of the Round Table, a member of the IDEAL Club for 65 years, Tri Kappa, First Presbyterian Church of Bedford, and a founding member of the Bedford Dance Club. In later years she was proud of her involvement with the interior remodel of the Otis Park Bath House as well as helping to maintain the flowers at the Bath House and the park entrance. In the past, she enjoyed bowling in a league and playing tennis with a lady’s group.

Johanna was happiest when spending time with family and friends at her pool and in her home where she hosted a Christmas Eve party for 50 consecutive years.

Funeral service will be held Wednesday, March 11th at 2 p.m. at the First Presbyterian Church of Bedford with Pastor Je Lee officiating. Burial will follow at Cresthaven Memory Gardens.

The family will receive friends from 3 p.m. until 8 p.m. on Tuesday, March 10th at the church and from Noon until 2 p.m. preceding the service at the First Presbyterian Church of Bedford.

Memorial contributions can be made in Johanna’s memory to the First Presbyterian Church or the White River Humane Society.

Online condolences can be sent to the family at www.daycarter.com.