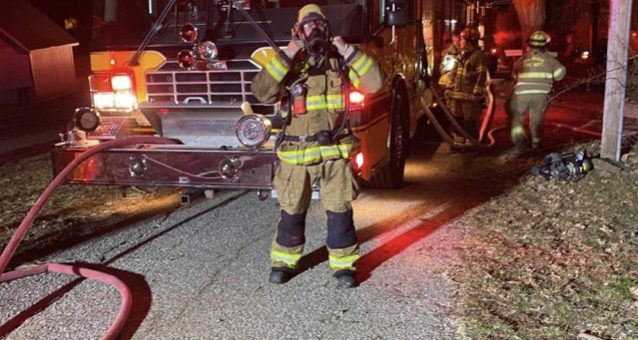 (BLOOMINGTON) – The Monroe Fire Protection District and Van Buren Fire Departments responded to the 5400 block of West Popcorn Road at 11:24 p.m. Thursday for a possible structure fire. The call was actually a brush fire that was approaching a residence. Fire crews were, fortunately, able to stop the fire before getting to the residence.

As some units were clearing the call on Popcorn Road another structure fire was reported in the 7400 block of Walnut Street in Smithville.

Firefighters from Van Buren Township, Ellettsville, and Northern Monroe Fire Territory were also dispatched to the fire in Smithville as other Monroe Fire District units were still working the incident on Popcorn Road.

Van Buren Engine 9 arrived on scene at Walnut Street and reported fire coming from the back half of a trailer. Firefighters were able to gain control of the fire quickly from the exterior before switching to an interior attack to finish putting the fire out. The fire was brought under control in approximately 15 minutes.

No injuries were reported and the family was able to get out of the house on their own.