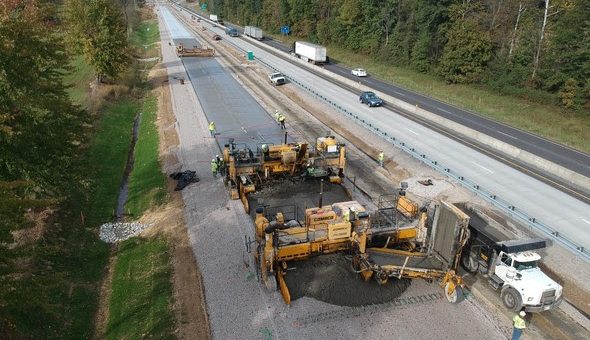 (JACKSON/BARTHOLOMEW CO.) – INDOT contractor E&B Paving Inc. plans to shift traffic out of its winter configuration along I-65 in Jackson and Bartholomew Counties next week March 9-13.

Crews resumed construction on the $143 million added travel lanes project between Seymour and Columbus earlier this month. Minimal work including tree-clearing, drainage structures, and bridge approaches was completed this winter as the weather allowed.

Traffic shifts will take place at night, from approximately 9 p.m. to 6 a.m., beginning Monday, March 9, through Friday, March 13, weather permitting. Traffic will be moved to the outside travel lane and shoulder at each location listed below. The full outside shoulder will not be available for traffic.

After shifts are complete, crews will begin with grading operations and pipe installation north of Seymour and pavement removal near Exit 55.

Additional traffic changes include the closure of the existing loop ramps at Exit 55 (S.R. 11) on Thursday, March 5. Temporary ramps and traffic signals will be operational beginning Thursday afternoon. Bridge rehabilitation work will also begin at the S.R. 11 overpass on Monday, March 9. Travel lanes will be shifted while work is completed.

The 55 mph speed restriction will return to the entire I-65 work zone next week, including the northbound section between MM 56 and MM 64, north of State Road 58 that was increased to 70 mph this winter as work resumes in the area.

Motorists should continue to slow down, use extra caution and drive distraction-free throughout the work zone. Trucks should also continue to travel in the left lane due to a lack of outside shoulder. The project is expected to be complete in late summer 2020.