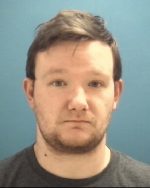 (COLUMBUS) – A Columbus man was arrested on charges of child exploitation.

The investigation began in January after State Police received a tip from the National Center for Missing and Exploited Children. Detectives with the Indiana State Police’s Internet Crimes Against Children and Cyber Crimes units served a search warrant at Crouch’s home, leading to the arrest.

State police were assisted by the Internet Crimes Against Children Task Force including members of the FBI and the Bloomington and Martinsville police departments.

Anyone with information on ongoing crimes associated with missing or exploited children are urged to call the National Center for Missing and Exploited Children Tipline at 1-800-THE-LOST (1-800-843-5678).