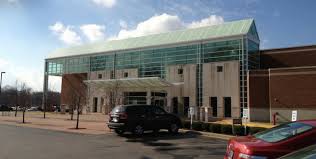 “IU Health Bedford Hospital has been a cornerstone in our community for decades,” May said. “They deserve to be recognized for their many years of cutting-edge health care, commitment to patients and quality jobs they provide.”

The history of IU Health Bedford starts in the late 1960s. A physicians group called Edgewood Clinic worked with community leaders in Bedford – including local businessman Eugene B. Crowe, a member of Congress – to build a hospital with additional health care services.

Bedford Medical Center opened July 1, 1970. Gov. Edgar Whitcomb, in his remarks at the dedication, called it “the most modern medical facility in the country.” Following various expansions and mergers, the hospital became part of Clarian Health Partners, which changed its name to Indiana University Health after establishing a partnership with the university’s medical school.

May said IU Health Bedford Hospital has also demonstrated a commitment to its community. A group of employees volunteered to construct a fitness trail at Hatfield Elementary School in Mitchell and the hospital contributed nearly $15,000 to pave it. They’ve also offered a comprehensive diabetes program that has helped nearly all of its participants increase their physical activity, lose weight and more effectively monitor blood glucose levels.

“IU Health Bedford Hospital’s contributions to the community help give residents a much better quality of life,” May said. “Their presence and support of Lawrence County doesn’t just benefit those with health concerns but anyone seeking a vibrant home for their family or business.”

IU Health Bedford Hospital will celebrate its 50th anniversary with a free event open to the public starting at 10 a.m. Wednesday, July 15, 2020, at the hospital, located at 2900 16th St., Bedford.