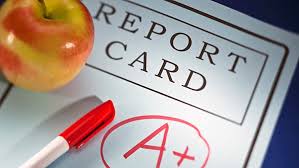 (UNDATED) – The Indiana State Board of Education has released 2018/2019 school letter grades.

The grades were delayed while lawmakers crafted legislation that renders the grades moot, protecting schools from the impact of poor performance on the state’s new standardized test, the ILEARN exam, which was administered for the first time last spring.

The bill that gives schools a two-year reprieve from consequences was rushed through the Statehouse and signed by Gov. Eric Holcomb last month.