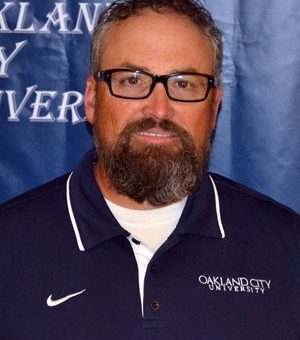 Fletcher studied Accounting at OCU, where he played baseball for his entire college career, graduating in 1994.

“I am excited about this opportunity,” said Fletcher, “and I cannot thank the University administration enough for this chance to help lead our athletic department into a new era. Having the privilege to lead the baseball program here for the last 26 years is something I will always treasure. The relationships and memories will last a lifetime but I am excited to take on the next challenge in my career. We have a great staff in place and look forward to working with every one of them as we serve our student-athletes and University.”

“T-Ray is a Mighty Oak through and through,” stated Dr. Dempsey. “He is a man of great character and I look forward to working with him as our athletic director.”

Fletcher has been serving as interim co-athletic director since summer 2019 along with long time softball coach Patti Buchta, who will assume the position of Associate Athletic Director and Eligibility Coordinator along with her coaching duties.

Oakland City University hosts 13 intercollegiate athletic teams. The university has made application to participate in the National Association of Intercollegiate Athletics (NAIA) and the River State Conference starting in Fall 2020.