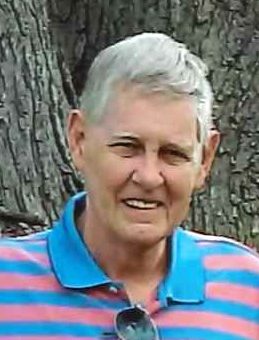 Our beloved husband, dad, papaw, and friend, Stephen Edward Haley took his Heavenly flight from this earth at 10 a.m. on Monday, March 2, 2020.

He is now rejoicing on the streets of Glory. II Corinthians 5:8 “To be absent from the body is to be present with the Lord”. We will forever love and
miss him.

Steve was born May 30, 1947, in New Albany, IN the only child of Ed and Betty (Smith) Haley. Steve was a life-long resident of Lawrence County.

Steve married Sherry Lynn Hillenburg on August 12, 1997, in Gatlinburg and she survives, along with their daughter, Anna Claire Haley, at home.

Steve graduated from Mitchell High School in 1965. He was a member of the Junior Varsity and Varsity Basketball teams and ran cross-country. After graduation, Steve joined the U.S. Air Force in June of 1965. He served one tour of duty in Vietnam from December 1966 to December 1967. Steve completed his service at Eglin Air Force Base in Ft. Walton Beach, FL. In 1969.

For 43 years Steve proudly and honorably served the City of Bedford. He joined the Bedford Police Department on February 13, 1971. He retired in May 1999 after 28 ½ years with the rank of Major. From June 1999 to August 2013, Steve worked as a dispatcher for the police department adding another 14 years to his time with the City of Bedford. Working as a dispatcher kept him connected not only to the job he had been committed to for so many years but to his fellow officers whom he held in high regard. During his career, Steve worked in the detective division for several years. Steve had served as past president of the F.O.P. #94 and on the pension board.

Steve received several commendations during his career, including “Man of the Year” presented to him by the Boys & Girls Clubs and Officer of the Year in 1998.

Steve was a member of the Nazarene Church.

He was preceded in death by his brother-in-law and pastor, George Johnson.

Funeral services will be conducted at 10:30 am on Friday, March 6th in the Elmwood Chapel of the Day & Carter Mortuary with his nephew, Pastor Andrew Johnson officiating. F.O.P. rites will be conducted at the conclusion of the service. Burial will follow in Mitchell Cemetery with military rites accorded by members of Gillen Post #33 American Legion. Visitation will be from 3 p.m. until 8 p.m. on Thursday, March 5th at the Day & Carter Mortuary.

In lieu of flowers, Steve requests that friends consider donations to the Shop With A Cop program.