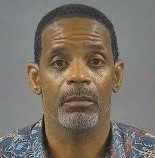 (BOWLING GREEN, Ky.) — Kentucky is seeking $45,000 in fines from an Indiana man who is accused of using children to sell candy in Bowling Green.

According to the state attorney general’s office, Floyd brought 12 children to Kentucky with him in July 2019 to sell candy by knocking on doors.

Investigators said Floyd made the juveniles share a motel room with three adults and pay for their own meals and water.

Floyd, who lives in Indianapolis, was initially charged with misdemeanor counts of endangering minors in the summer of 2019, but a grand jury returned more serious charges.

He has pleaded not guilty to the human-trafficking charges.

Last week, the Kentucky Labor Cabinet filed a lawsuit against him alleging he has not paid $45,000 in fines that regulators levied against him in August for alleged labor violations involving the children. The allegations said Floyd worked people under the age of 14.

Kentucky’s suit alleged that Floyd paid one 13-year-old only $2.08 an hour, the lawsuit alleges.