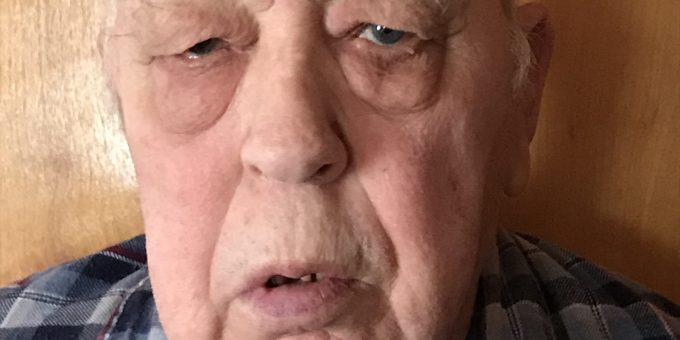 Phillips at 84 reflected on his life over the years. Phillips was born in Wayne County, Kentucky.

Phillips recalls one election year when Dwight Eisenhower was elected President. He recalled Eisenhower’s election slogan: “If you vote for me, I will bring your boys home.” Phillips stated that was the year of the Korean War.

Homer Phillips was born to Willie and Nancy Kidd Phillips.

In Phillips’s childhood, he really did not celebrate any of his birthdays. It was just a normal day. No presents or cakes.

He started celebrating birthdays two years before he got married to his wife Delores who bought him his first birthday cake. Homer and Delores got married on December 31, 1956. They have been married for 63 years.

“It takes a lot of giving and takes in a marriage to make it work. In the good to bad times,” Homer Phillips commented.

Out of his eleven siblings, only one brother was adopted and his uncles helped raise the other children.

Homer’s father moved to Springville around 1951 and started farming. After his father passed away, Homer began working for area farmers. He was 15 and was paid barely $2 a day.

Phillips then found work when he was 16 at a canning factory in Greensburg, Indiana making 75 cents an hour.

“There was no overtime or benefits,” Homer said. “I made $27 a week at that job, compared to farming only making about $7 a week. Back in those days you had to work two to three days just to be able to afford a pair of jeans.”

The Phillips have three children named Dennis, Tim, and Montra. They also have six grandchildren and four great-grandchildren.

Phillips is now retired. He worked as a construction worker throughout Illinois and Indiana.

He and Delores are members of the Oak Grove Pentecostal Church and have attended there since 1963. When they began going to that church, Claude Cobb was the pastor.

“He has been such a good husband,” said Delores. “With all the difficulties that he’s had in his life, it has made him a very strong person.”