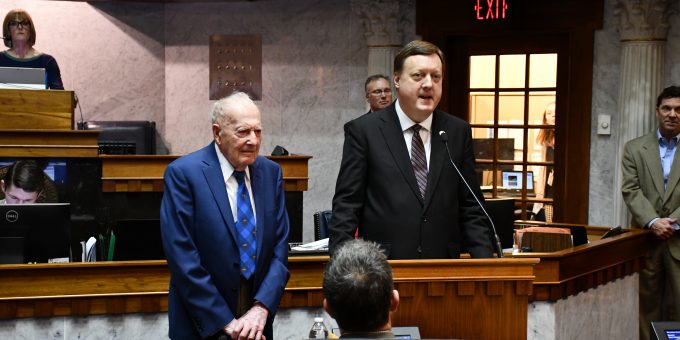 Vollmer, 102, worked for the Indiana Department of Natural Resources (DNR) for 57 years. He retired Feb. 6 from his role as chief surveyor.

In addition to his nearly six decades of work as a surveyor, Vollmer served in the U.S. Navy during World War II before returning home to Indiana to graduate from Purdue University with a degree in biological and agricultural engineering in 1952.

“I am pleased to recognize Bob Vollmer through this Senate Resolution,” Sen. Koch said. “His lifetime of service is an inspiration to us all.”

A trail in Brown County State Park was recently named the “Vollmer Trail” in his honor.