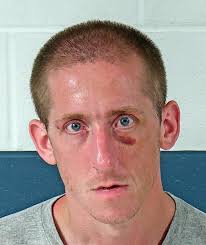 (BEDFORD) – A Heltonville man was sentenced to five years in prison after he pleaded guilty to a Level 5 felony charge of possession of meth in a negotiated plea deal.

Lawrence County Superior Court II Judge Williams Sleva sentenced 37-year-old Nino Cocchiarella to five years in prison with all five years to be executed. He was given credit for 111 days served and fined $685.

“The sentence of 5 years in prison is proper in this case,” said Chief Deputy Prosecutor Bob Cline during the sentencing hearing.

Cocchiarella was arrested on October 13, 2019, after Bedford Police officers investigated a report of suspicious people and possible drug activity.

During the investigation, Cocchiarella was found to have a container in his backpack that contained syringes. He also had left another container on the floor of the home that contained meth.