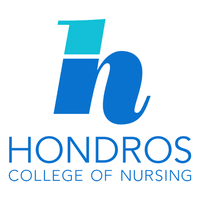 (COLUMBUS, OHIO) – Hondros College of Nursing has announced plans to open a new campus in Indianapolis, Indiana. Nursing students will start classes when the spring quarter begins on April 6, 2020. The first class of students will begin in the Practical Nursing Diploma program at the campus located at The Pyramids, 3500 DePauw Blvd., Suite 1070.  Students may begin in April or July, and space is limited.

Both the state of Indiana and the nation are facing a nursing shortage. The Bureau of Labor Statistics predicts a nationwide shortage of more than 200,000 nurses by 2026.

The new campus will enroll practical nursing students from the Indianapolis region and will be the sixth campus location for Hondros College of Nursing. The other campuses are located near Columbus, Cleveland, Cincinnati, Dayton and Toledo, Ohio. In addition to the Practical Nursing Diploma program, HCN offers an Associate Degree in Nursing at its Ohio campuses.

Hondros College of Nursing CEO Harry Wilkins also announced the appointment of Brenda Helvie, MSN, RN, who will serve as Campus Dean/Director of Nursing for the Indianapolis campus.

Ms. Helvie comes to HCN from Ivy Tech Community College where she served as Assistant Department Chair.  An experienced and versatile education professional, Ms. Helvie has also served in the classroom as a lab instructor and associate professor. She earned her bachelor of science in nursing from Indiana University and her master of science in nursing from Walden University.

“As the need for new nurses continues nationwide and in Indiana, we are excited to bring Hondros College of Nursing to Indianapolis,” said Wilkins.  “We are proud of our accomplishments in Ohio, and we will bring this same focus on success to the Indianapolis region.”