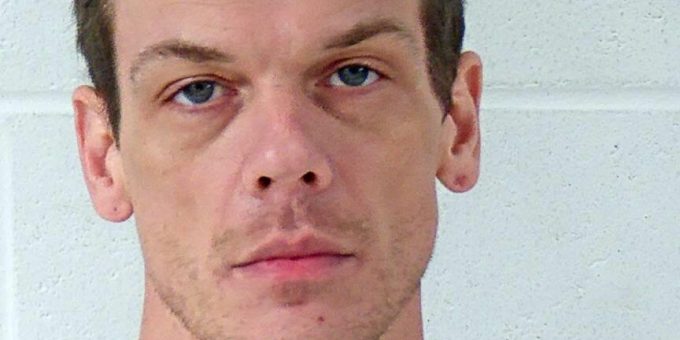 Judge Williams Sleva sentenced 36-year-old Danny D. Collins to 12 years in prison on a Level 4 felony charge of dealing meth after Collins plead guilty in a negotiated plea deal. Judge Sleva suspended 3 years of the sentence. He also fined Collins $685 and ordered him to complete 80 hours of community service.

Collins was arrested on this charge on July 30, 2019 when the Bedford Police Department Narcotics Division received information that 31-year-old Jordan Wolfe was wanted on two drug warrants and was at a home on Wells Lane in Springville.

The BPD Swat unit, canine handlers, and detectives went to the home and upon entry found Wolfe and nine other people in the home. As they entered, they noticed drugs in plain view.

Officers then contacted Superior Court I Judge John Plummer III and obtained a search warrant to search the home.

There were two children in the home at the time of the arrests. The children were released to their mother.

In the second case, Collins was sentenced to 3 years in prison on a second charge of dealing meth. He will execute all three years. He was given credit for 136 days served and was fined an additional $385.

“The combined sentence in these cases is 15 years, with 12 years executed in Indiana Department of Corrections followed by 3 years probation, which is fair and proper given his history,” said Chief Deputy Prosecutor Bob Cline during the sentencing hearing.

ISP Troopers obtained information that Danny Collins was involved in dealing meth. In addition, it was also known that Collins was wanted on two active arrest warrants; one for failure to appear and the original charge of dealing meth.

Officers discovered that Collins was at a residence in the 1300 block of U Street in Bedford. Upon arrival at the residence the homeowner allowed officers to enter.  They located Collins and arrested him without incident.

While taking Collins into custody, troopers discovered he was in possession of meth, drug paraphernalia, and several hundred dollars. Along with evidence found at the time of arrest, troopers developed probable cause to show that Collins was dealing meth.