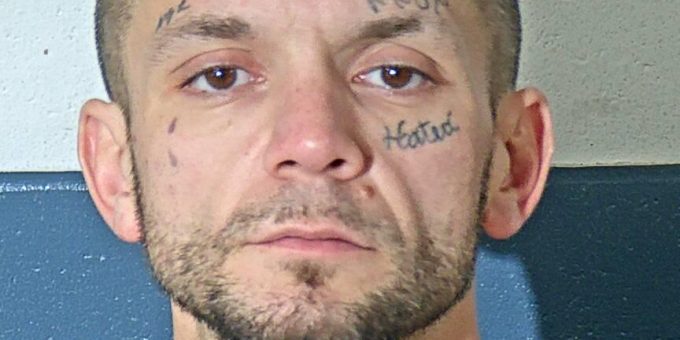 (BEDFORD) – A Bedford man will spend 12 years in prison after he pleaded guilty to unlawful possession of a firearm by a serious violent felon with a habitual offender enhancement in a negotiated plea deal.

Lipscomb was given credit for 74 days served and was fined $185.

“Being guilty of unlawful possession of a firearm by a serious violent felon, along with the aggravators of his criminal history, Michael Lipscomb should be sentenced to 12 years in prison, all to be serviced,” said Chief Deputy Prosecutor Bob Cline during the sentencing hearing.

Lipscomb was arrested on Monday, Dec. 16, 2019, after Bedford Police officers say he stole a handgun from a home.

Police arrested Lipscomb, of 409 R Street, at 1:57 a.m. on charges of burglary, theft, possession of a handgun without a permit, theft of a firearm. He was also wanted on a warrant for petition to revoke.

According to Bedford Police Chief Terry Moore, Lipscomb was identified as a possible suspect from a victim who reported a gun missing from her house.

“Officers received information of a residence Michael was staying at,” Chief Moore added. “Officers arrived and located two males walking in the area. One of the males was Lipscomb who also had an active warrant.”

In the same area that Lipscomb was standing officers located a handgun on the ground.

“The victim identified the gun as the one missing from her house along with other items located in Lipscomb’s backpack,” Chief Moore added.