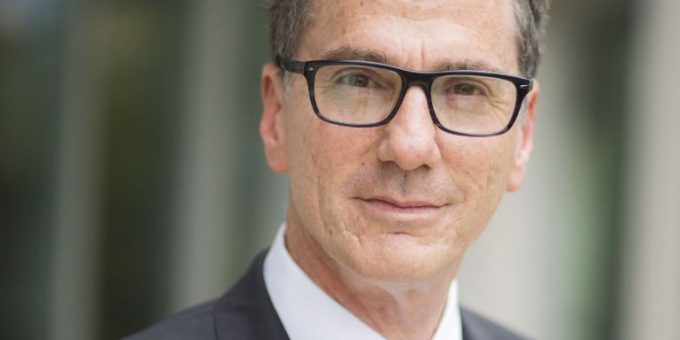 The nonpartisan conference takes place on March 5-6 on the IU Bloomington campus and is open to all IU students, faculty and staff, as well as members of the public.

“This is the first conference on America’s Role in the World convened without our namesake, the late Senator Richard G. Lugar, who knew the importance of bringing globally respected scholars and experts to Indiana University, not only to discuss critical foreign policy issues on a nonpartisan basis but also to better understand the part each of us can play in creating a more just and secure world,” said former Ambassador Lee Feinstein, founding dean of the Hamilton Lugar School.

Burns — president of the Carnegie Endowment for International Peace, the oldest international affairs think tank in the United States — is the author of “The Back Channel: A Memoir of American Diplomacy and the Case for its Renewal.” He retired from the U.S. Foreign Service in 2014 after a 33-year diplomatic career. He holds the highest rank in the Foreign Service, career ambassador, and is only the second serving career diplomat in history to become deputy secretary of state.

Before his tenure as deputy secretary, Burns served as ambassador to Russia from 2005 to 2008, assistant secretary of state for Near Eastern affairs from 2001 to 2005, and ambassador to Jordan from 1998 to 2001. His other posts include executive secretary of the State Department, principal deputy director of the State Department’s policy planning staff, and special assistant to the president and senior director for Near East and South Asian affairs at the National Security Council. Burns will take part in a moderated conversation with Susan Glasser, writer at The New Yorker and global affairs analyst at CNN, at 4 p.m. March 5.

Day two of the conference will open at 9 a.m. March 6, with the inaugural Richard G. Lugar Lecture featuring Young, a 2017 America’s Role in the World panelist and champion for the Department of Education’s prestigious Title VI program, which works to develop and maintain capacity and performance in the area of international studies and world languages. A record number of centers housed within the Hamilton Lugar School received funding in the 2018 round.

The conference will close with the presentation of the Richard G. Lugar Award to Yovanovitch, who served as U.S. ambassador to Ukraine from 2016 to 2019. She previously served as ambassador to the Republic of Armenia and the Kyrgyz Republic. From 2012 to 2013, Yovanovitch was the principal deputy assistant secretary of state for the Bureau of European and Eurasian Affairs, where she was responsible for policy on European and global security issues.

She also served as the senior advisor to the undersecretary of state for political affairs from 2004 to 2005. She retired from the Department of State as a career minister in January 2020. Yovanovitch, who is also a 1979 alumna of the Hamilton Lugar School’s Summer Language Workshop, will give remarks at 11:45 a.m. March 6, followed by a moderated discussion with Feinstein. She will also take questions from students.

Additional conference highlights include the announcement of America’s Role in the World Student Editorial Contest winner by “60 Minutes” correspondent Bill Whitaker. The contest is open to all IU students; editorials must answer the question, “Moral courage and the rule of law: Does justice ever require violating the law or the commands of authorities?” Feinstein’s student advisory board, the Global Student 7, will also host a private lunch allowing students to meet and network with conference guests.

The entire conference will be streamed live and archived on broadcast.iu.edu; it will also be available on Facebook Live via the Hamilton Lugar School’s account. The conference is free, and registration to attend sessions is now open on the conference website.