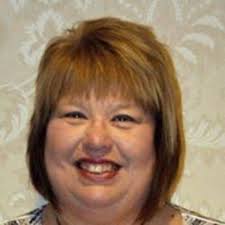 In Lawrence County, Valerie Luchauer has spent 35 years in emergency management. When Luchauer started in 1985 it was actually called Civil Defense, primarily focusing on nuclear attacks. She served as an assistant to the late Russell Duncan.

“They needed a part-time assistant so I applied for the job,” Luchauer stated.

The focus of civil defense was on floods, tornados, and then earthquakes.

In 1996, Luchauer became full time after the passing of Russell Duncan who passed away in the year 1991. Her main job is planning for emergencies that might strike the county such as flooding, tornadoes, hazardous materials, earthquakes, terrorism, multiple casualty incidents, and cyber-attacks.

Her first major incident was in the early 1990s when the Fort Ritner area flooded. Volunteers filled sandbags and pumped out basements. Luchauer brought a community together including local fire departments, county commissioners, county highway crews, and community members to help a community in need. Another incident was a tornado that hit in 1990.

Since then Luchauer has helped deal with several emergency situations.

As Emergency Management Director she tries to prepare for the unexpected, making sure that resources and emergency contacts are already planned out before a disaster, or major emergency response is needed.

“My job is to coordinate those resources and make sure the responders have what they need during the initial response and recovery process following an incident,” she added. “These incidents could be just a few hours or last days depending on the size and scope of an incident.”

“Lawrence County is prepared for a disaster; there is always room for improvement. But, in an emergency, you must think outside the box and be able to adapt and direct and deal with what comes your way,” Luchauer added.

As Emergency Management Director she normally conducts tabletop exercises as well as full-scale drills to make sure that agencies faced with disaster incidents are prepared and plans are in place to address scenarios that responders and agencies may face.

There are normally four exercises conducted a year which include health care providers, haz-material responses, and even one for the dispatchers. The exercises help workers test their skills and preparedness for disaster response.

In 2018, she included health care providers such as long-term facilities, EMS workers, hospitals, and rehabilitation centers in her emergency preparedness plans so they could be prepared.

In 2018, a tabletop exercise was conducted with health care providers and then a full-scale exercise took place at White River Lodge.

In 2019, an active shooter exercise was written for 16 agencies with 16 scenarios for what to expect during the event and what to experience following such an emergency.

As an emergency management director, Luchauer offers education for the community such as the upcoming weather spotters class that will be held in Oolitic on Thursday, March 19th from 6 p.m. until 8 p.m. at the Oolitic Baptist Church Education Building next to the church at 709 Lafayette Avenue in Oolitic.

“It is important that not only the emergency responders prepare for an emergency but also the community,” said Luchauer. “Families need to have emergency plans in place from a fire in their home to being prepared for electricity, water or other utilities being unavailable for a day to up to a month – it is important.”

“Having an emergency kit for all sorts of emergencies is a must, especially if responders will have a difficult time reaching you in a tornado, earthquake or other disasters that may affect the time emergency responder can get to the area of the disaster,” Luchauer added.

Weather radios play an important role in the community. They can alert you of an incoming tornado while you sleep during the night. The $49 device is sometimes offered for free from various fire departments throughout the year.

“I have enjoyed over the years the knowledge of other EMA directors, emergency responders, state officials have shared. It has helped me throughout the years. It has helped me be able to make these plans, and think the unexpected in situations that we may have to face,” Luchauer concluded.

If you have any questions regarding Emergency Management issues you can be asked by calling Luchauer at 812-277-9680 or for a quicker response emailing lcema@lawrencecounty.in.gov.