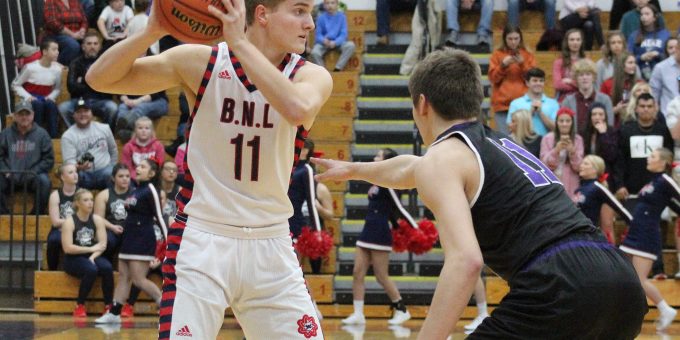 BEDFORD – The “doldrums” refer to a section of ocean near the equator where sailing ships can get stuck on windless waters. Sailors find it difficult to navigate. Ships must supply their own power to steer through it.

Bedford North Lawrence basketball is working through such a week. The sectional looms, with the Stars waiting to see exactly which opponent will appear on the horizon. The last test before the tournament is a road game against a young team that presents no natural rivalry or postseason threat, and the focus has been on the future more than the present.

That’s the doldrums. The motivation must come from within as the Stars (14-9) head to Corydon (11-11) on Friday night to conclude the three-game road swing that wraps up the regular season.

BNL isn’t overlooking the Panthers, because a victory means momentum and a restoration of confidence following last week’s loss at New Albany, which cost the Stars a share of the Hoosier Hills Conference title once Jeffersonville disposed of Madison (69-49 on Tuesday night). But BNL has already started preparations for the sectional, which means the Panthers could sneak under BNL’s radar.

“When you get to this point, you’re fighting the doldrums,” BNL coach Jeff Hein said. “You’re ready for the tournament, and you’re spinning your wheels.

“It’s nice to have a bye (in the sectional), it gives you real freedom to prepare, you don’t feel as pressured. You have plenty of time to get ready for New Albany or Jennings County. That’s the approach we’re going to take. We’re not going over there to win one game, we’re going to go to win the tournament.”

The Stars will be looking to sharpen and refine when they face the Panthers. BNL has not been at full strength (with junior forward Ben Cosner nursing a left ankle injury, limiting his practice time and game minutes) since the Senior Night win over Loogooteee, and the offense has faltered a little.

“We need to get back in sync,” Hein said. “We’ve not been in sync offensively since the Loogootee game. We’re not super deep, so for us to compete we have to have all the guys at 100 percent, with rejuvenated legs.”

What about Corydon, lest anyone forget to ask? The Panthers are featuring a youth movement, starting with new coach Joseph Hinton and continuing to a starting lineup that includes two freshmen and a sophomore.

Yes, Hinton is one of those Hintons, the son of former Floyd Central coach Joe and former New Albany girls coach Angie. He is a 2018 graduate of Oakland City University who spent last season as the junior varsity coach under Jamie Kolkmeier. When Kolkmeier (162-149 in 13 seasons) stepped down, Hinton was promoted.

The Panthers have offensive balance with five players at 8.7 points or better. Sophomore guard Bryce Weber leads that pack at 11.6, followed by junior Koleton Kaiser (10.3 and the only returning starter from a year ago) and freshman guard Tyler Fessel (10.2).

“They’ve had some good wins for a young team,” Hein said. “They like to shoot the 3-pointer (averaging 20 attempts per game, almost a third of their shots). They all shoot them, and they shoot a lot of them. They like to play at a fast pace, pressure people and extend the defense.”

BNL won last year’s meeting 62-59 and needed a miraculous comeback to do that. The Stars trailed 44-25 midway through the third quarter, but Brayton Bailey (30 points) spearheaded the charge as BNL won for the sixth straight time in the series.

Last meeting: Last year at BNL, the Stars rallied from a 19-point deficit in the second half to stun the Panthers 62-59. Brayton Bailey had 30 points to lead the BNL comeback, while Joey Wiseman had 22 points for Corydon.

Game notes: BNL leads the series 7-1 with six straight wins. Corydon will face county rival North Harrison in the first round of the Class 3A sectional at Corydon on Wednesday.