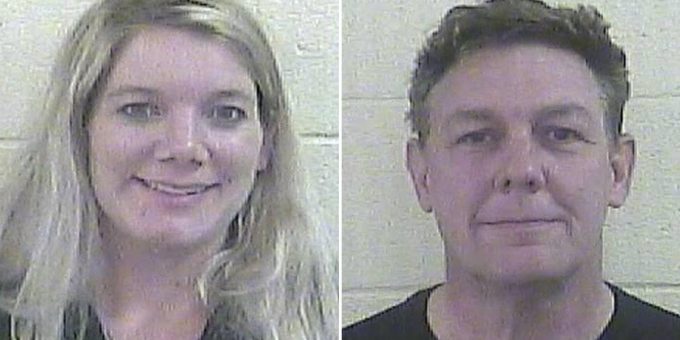 (CRAWFORD CO.) – A Huntingburg dentist and his wife accused of locking their daughter in a cage will serve no jail time after they pleaded guilty to two counts of neglect of a dependent.

The couple was supposed to be tried in Dubois County, but they argued they wouldn’t get a fair trial there. The case was then moved to Crawford Court.

All charges were dismissed except two counts of neglect of a dependent with the convictions changed from Level 6 felonies to Class A misdemeanors in a negotiated plea deal.

Police went to the couple’s home at 5275 West County Road 700 South after a report that the girl, who was “mentally retarded”, was out of control.

When officers arrived, they spoke with her parents and found the teenage girl in the garage.

The girl told police, that her grandfather was angry because she was bouncing a ball in the house. The grandfather took the ball and wouldn’t give it back. The grandfather said she was disruptive to the other children who were studying. The two then got into a scuffle, and both ended up on the floor. Then the police were called.

While deputies interviewed Aimee Friz, she told them the girl had made threats about killing her and her unborn child. When officers offered to take the girl to the hospital for evaluation, Aimee Friz told them they were attempting to find the girl help on their own.

Deputies contacted Division of Family and Children regarding the incident, and a teen did a forensic interview the same day. During the interview, the girl told investigators she was forced to sleep in a cage at night and other times. She described the cage and told investigators where they would find it.

After being granted a search warrant, deputies contacted the Indiana State Police to assist with the search of the home. During the search, officers located a wooden cage in a closet of a bedroom in the home. It was described as being about 4-by-8 in size and had a mattress in it. The girl’s name was above the entrance. It did not have running water or electricity, and a pan was left for the girl to use as a bathroom while she was in it. During those times, the cage was locked with a padlock and chain.

After locating the cage, deputies arrested Alan Friz who admitted they had locked the teen in the cage overnight, but it was to protect his wife and other children because the girl made threats to harm them.

The Division of Family and Child Services arrived to remove the other children, but found that Amiee Friz had fled while police were gathering information. Dubois County Dispatch was directed to ping her cell phone in an attempt to locate her. An officer contacted her, and she was told to return home with the children, but she hung up on the officer.

Amiee Friz was finally located in St. Louis and ordered to bring the children back to Indiana.