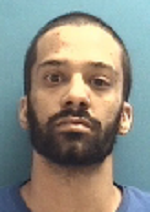 (COLUMBUS) – A Columbus police officer ended his day in the hospital after he worked to save the life of an overdose victim.

Columbus police officers were called to a parking lot in the 2200 block of North National Road at 5:10 p.m. on Monday after a report that a male had possibly overdosed on fentanyl.

When they arrived they found 27-year-old Jonathan K. Mings, of Columbus, unconscious in a vehicle.

While speaking to Mings, the officers observed drug paraphernalia inside his vehicle as well as small white colored rocks which were later determined to be pure fentanyl.

While packaging the fentanyl, it became airborne, causing an officer to become exposed to the drug. He was transported to Columbus Regional Hospital for treatment and was later released.

Mings was taken to the hospital and after being medically cleared he was arrested on charges of possession of a controlled substance and possession of drug paraphernalia.