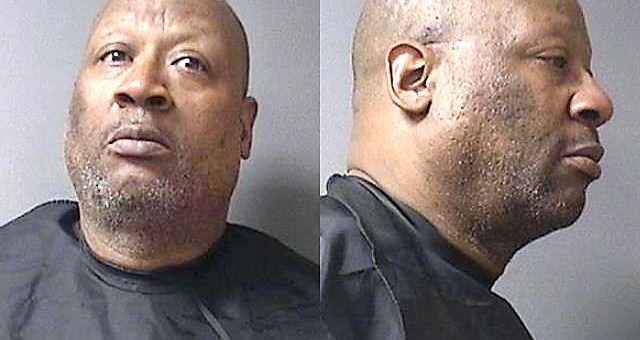 (ANDERSON) – A man is in jail after police say he had his girlfriend record him doing sexual things to a dog and then had the video posted on social media.

Police arrested 58-year-old Jerry Morgan III, of Anderson, with bestiality and invasion of privacy after violating a no contact order.

A woman told police she gave Morgan a female pitbull on Christmas Eve, but returned two days later to take the dog back after she learned the dog was being used in alleged sex acts.

Anderson Police Department Detective Norman Rayford was contacted by Kathleen Dates on Dec. 26 about the dog she had given Morgan, according to a probable cause affidavit filed by Rayford.

Dates said she received two different videos of Morgan with the dog engaged in sexual acts. The videos were filmed by Morgan’s girlfriend, Catrece Peel, and posted to Facebook.

According to the affidavit, Rayford found the videos on Facebook where he watched Morgan with the dog and Peel’s voice could be heard in the background.

There was an active no-contact order between Peel and Morgan at the time the videos were recorded, Rayford said.

When questioned about the videos, Morgan reportedly told Rayford that Peel videoed the incident, but he “had washed up the dog and was only drying the dog off” and “he was doing nothing wrong.”

The details of what happened between Morgan and the dog were detailed in the probable cause, but are too graphic to post. Detectives say the videos were enough to arrest the man and charge him with bestiality.