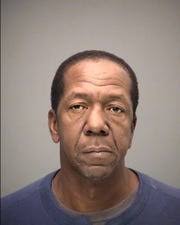 (INDIANAPOLIS) — A 57-year-old man has been charged in the death of a woman who was found strangled and stabbed last year inside an Indianapolis church, authorities said.

One count of murder has been filed against Robert Burks of Indianapolis. Police said he was arrested Friday after an investigation into the death of 58-year-old Julie Morey at St. Patrick Catholic Church. She was found dead on Nov. 3, 2019.

Burks is currently in custody in Monroe County for a separate case involving battery from 2018. Online court records do not list an attorney. A listed phone number for Burks could not be located Sunday.

Friends remembered Morey, who was homeless, as kind and a giving woman. After her death, dozens of people gathered outside the church to remember her, according to the Indianapolis Star.

Church leaders have said she wasn’t a member of St. Patrick Catholic Church but she had been visiting the church for at least two years.